The Applied Aquatic Toxicology group investigates the input and distribution of pollutants in aquatic systems and their effects on organisms and communities. For this purpose, we use ecotoxicological test systems individually and in combination to estimate the effect of pollutants on organisms. This allows us to indicate a possible present or future threat to the habitat “water body”. Our particular focus in our applied research here is on sediment assessment, as pollutants accumulate in sediments. The organisms living in these sediments are exposed to a “cocktail” of chemical substances.

Prospectively, we investigate the biological effects of so-called “new” pollutants such as nano-titanium dioxide and nano-cocktails, and rare earth elements in aquatic systems. 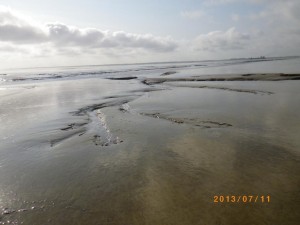 At the Elbe River, the influence of high discharge conditions in the upper reaches of the river on the transport and distribution of pollutants is the focus of our observations. A large proportion of the annually transported pollutants, which are bound to suspended matter and sediments, are carried in from upstream during a flood event. In recent years, there have been several extreme flood events on the Elbe (2002, 2006, 2011, 2013), although it is currently still debatable to what extent this is a consequence of climate change. In several projects we have dealt with the possible effects of these flood events (projects “Sed-Trans”, “Seitenstrukturen I und II”, “diPol”, “Klimzug-Nord”).

In cooperation with the Technical Unversity Hamburg-Harburg, we developed an ecotoxicological classification system for sediments, which allows a rapid evaluation and comparison of toxicity potentials in an area. The overall aim is to combine ecotoxicological data with chemical and biological data and come to an integrated assessment of environ-mental quality for a specific area. Internationally, these topics have been addressed by projects in Africa and Asia (projects “Morogoro” and “Riskcycle”).

For some “new” or “emerging” substances, such as rare earth elements and nano-titanium dioxide, relatively little is known about the impact that they may have on aquatic organisms. For that reason, we study the effects of these substances on test organisms under controlled laboratory conditions with the aim to gain more information on a potential risk that they may pose. 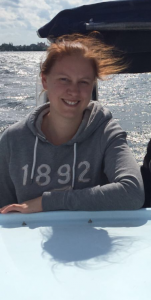